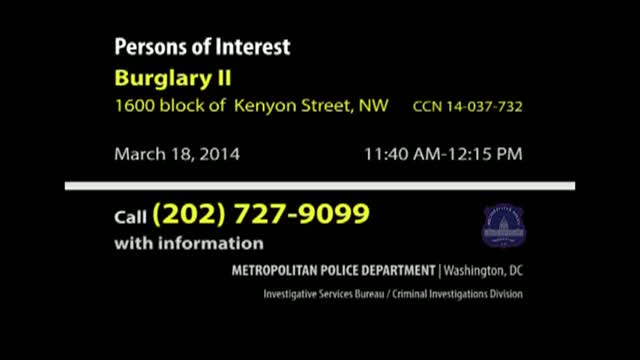 Published on Mar 27, 2014 The Metropolitan Police Department seeks the public's assistance in identifying persons of interest in reference to a Burglary II incident which occurred in the 1600 block of Kenyon Street, NW, on Tuesday, March 18, 2014 between 11:40 AM and 12:15 PM. The subjects were captured by the building's surveillance cameras. DO YOUR PART TO HELP PREVENT ...