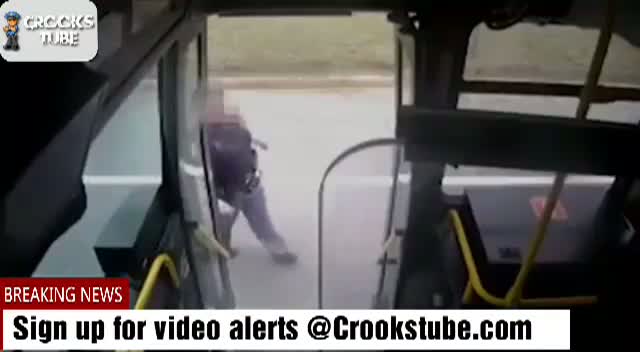 Shoot out on bus, Baltimore

Dramatic video has been released out of Baltimore of a shootout between an armed robbery suspect and police. Police say the man seen in the video, Blaine Robert Erb, was a suspect in an armed robbery at a nearby shopping center. When police confronted him on a city bus, he fired a shot at the officers and then ordered everyone to get off the bus. Erb can be seen in the vid...