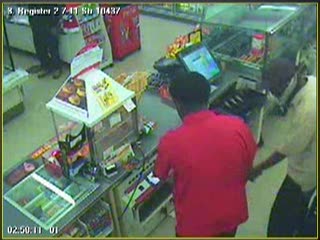 A group of violent robbers was captured on separate surveillance videos in Davie and Oakland Park early Monday before they robbed two stores, pistol-whipping two clerks in the process. Broward Sheriff’s Office and Davie Police detectives are releasing the videos in the hopes of identifying the three men before the violence escalates. Around 1:30 a.m., the men skulked aro...