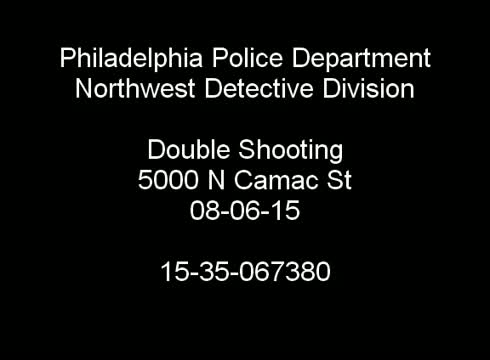 Published on Aug 11, 2015 Northwest Detective Division is asking for the public’s assistance to identify and locate the suspect(s) for a shooting in Logan. On August 6, 2015, at 9:33 pm, uniformed police were patrolling the area of Camac & Lindley Streets when they were stopped by two complainant's, both of whom had gunshot wounds to their chests and were transported by...