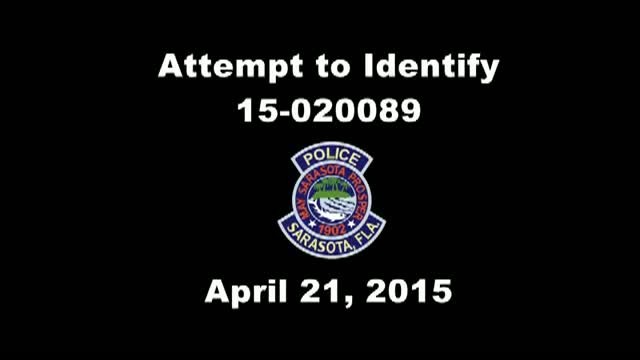 Published on Apr 21, 2015 Detectives with the Sarasota Police Department are asking for the public’s help in identifying a man who was caught on camera breaking into the maintenance area at Sunset Chevy, 1800 Bay Road, Sarasota on April 17, 2015 at approximately 10 p.m. The suspect is described as a white male, between the ages of 20 and 30, last seen wearing a light c...