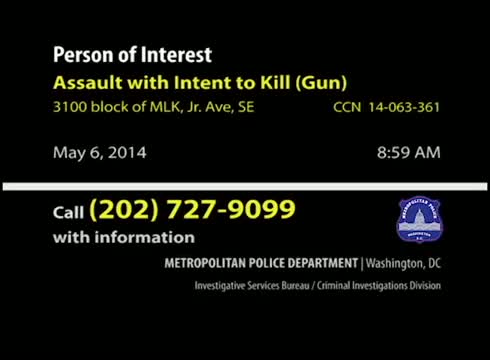 Published on May 8, 2014 The Metropolitan Police Department seeks the public's assistance in identifying a person of interest in reference to an Assault with Intent to Kill (Gun) incident which occurred on Tuesday, May 6, 2014 at approximately 8:49 am in the 3100 block of Martin Luther King, Jr. Avenue, SE. The subject was captured shortly after the incident by a nearby s...