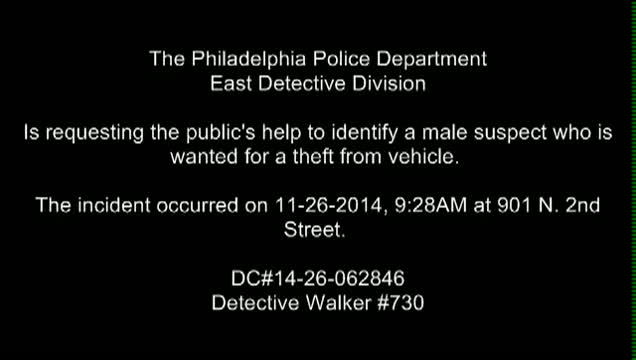 Published on Nov 28, 2014 East Detective Division is looking to identify and locate the suspect wanted for a theft from auto in Lower Kensington. On November 26, 2014, at 9:28 am, an unknown male was captured on surveillance video throwing an unknown object at the complainant’s driver side window of his vehicle which was parked on at 901 North 2nd Street causing it to ...