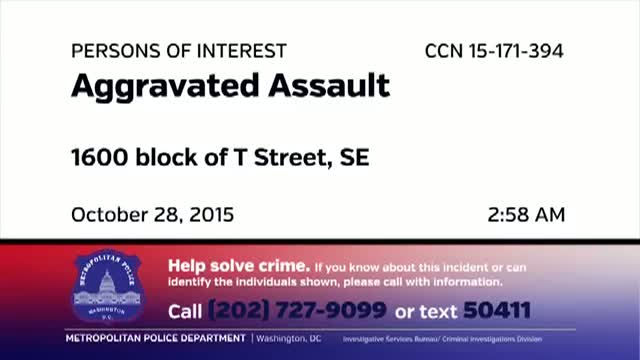 Published on Nov 24, 2015 The Metropolitan Police Department seeks the public's assistance in identifying four persons of interest in reference to an Aggravated Assault which occurred in the 1600 block of T Street, SE, on Wednesday, October 28, 2015, at approximately 2:58 AM. The subjects were captured by a nearby surveillance camera. DO YOUR PART TO HELP PREVENT AND SOL...